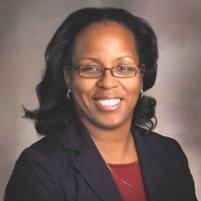 Abnormal menstrual bleeding is widespread and not cause for immediate alarm, but if you experience persistent, abnormal bleeding that interferes with your daily activities, there may be something larger at play. Dr. Heather Leslie-Brown of Brown’s Women’s Care in Monroe, North Carolina, is an OB/GYN who is trained to find both the source of the problem and a corresponding treatment to help you get back to your routine.

What is abnormal bleeding?

Abnormal bleeding is commonly characterized by the following:

What are the causes of abnormal bleeding?

There are many reasons why your menstrual cycles can be interrupted or irregular, but the chief causes of abnormal bleeding are:

Should I get treatment for abnormal bleeding?

Most women experience abnormal vaginal bleeding at some point in their lives, and these episodes usually resolve themselves. You should see Dr. Leslie-Brown, however, if you meet any of the following conditions:

If you are pregnant and you are experiencing bleeding, seek medical advice right away.

How is abnormal bleeding treated?

Treatment for abnormal bleeding depends on the cause and whether it is even a problem. For example, if you are experiencing lighter than normal periods because of a hormone medication, that is to be expected and doesn’t need to be treated. In other cases where you may experience heavier flow or spotting, a simple adjustment in medication may be all that is needed.

In more challenging cases, however, Dr. Leslie-Brown may suggest more aggressive measures, such as:

Dr. Leslie-Brown will thoroughly review all of the options available to help you regulate your periods in a way that suits your circumstances and medical history.